The Ohio River Forecast Center produces river basin averaged Quantitative Precipitation Forecasts (QPF) for the Ohio River, its tributaries and tributaries to Lake Erie. QPF forecasts are routinely issued three times daily around 00Z, 12Z and 18Z. They may also be issued around 06Z during times of increased flood potential. The forecasts are normally produced for 48 hours in 6-hour intervals, but may be extended out to 72 hours during significant rainfall events or times of increased flood potential. The QPF forecasts are used as input to the NWS Hydrologic River Models.

This graphic shows the most recent Quantitative Precipitation Forecast (QPF) generated by the HAS Unit at the RFC.  The QPF amounts shown here were used as input to NWS Hydrologic River Models.  Typically, a HAS QPF is generated in the morning, afternoon, and evening 7 days a week.  The forecast is generated by hand for eight 6-hr periods.  These individual periods can be viewed by clicking on the links below.  Generally, they are available about a half-hour after the QPF has been saved by the HAS forecaster.  A SHEF-encoded text product of the HAS QPF is also produced. 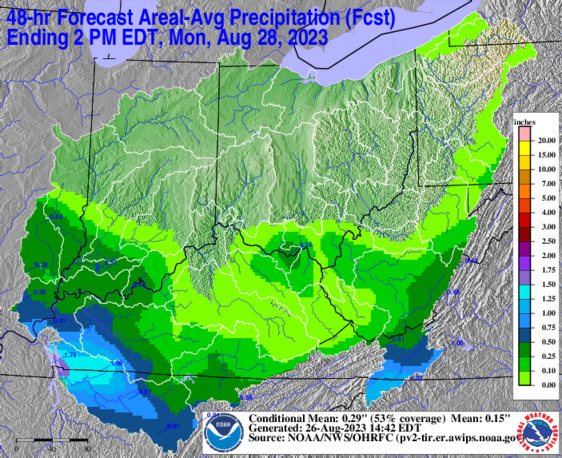 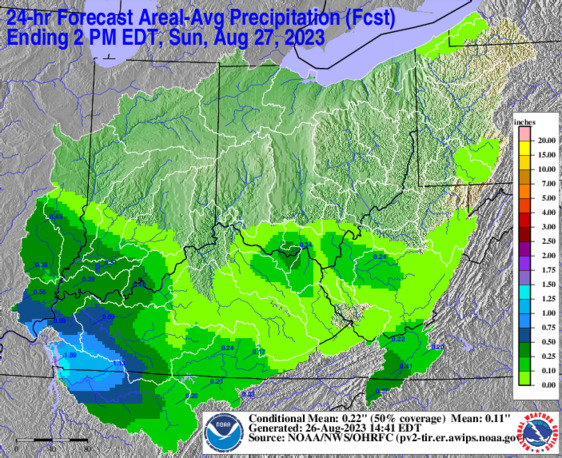 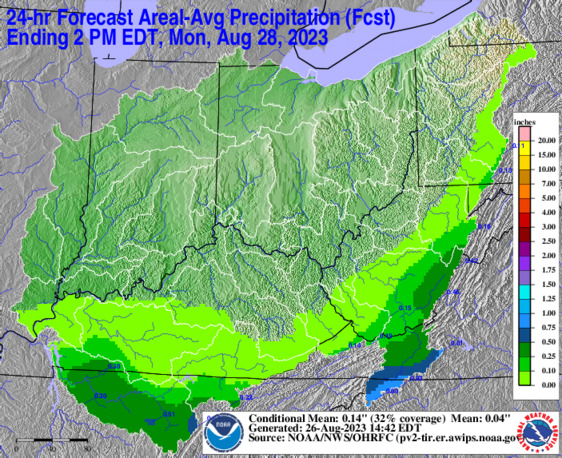