In the summer of 1967, heavy rains in Fairbanks caused one of the worst disasters in the history of Alaska. 50 years later the National Weather Service partnered with other agencies to create and install interpretive displays and high water marks throughout the city in commemoration of the 50th anniversary of this major event. The Fairbanks Northstar Borough developed a walking map brochure shown below and available in a pdf format.

Read more and view maps about this historic flood and the Chena River Lakes Flood Control project on this Story Map website.

This project was made possible thanks to the following agencies: US Geologic Survey, US Army Corps of Engineers, City of Fairbanks, Fairbanks Northstar Borough, Festival Fairbanks and Alaska State Parks. 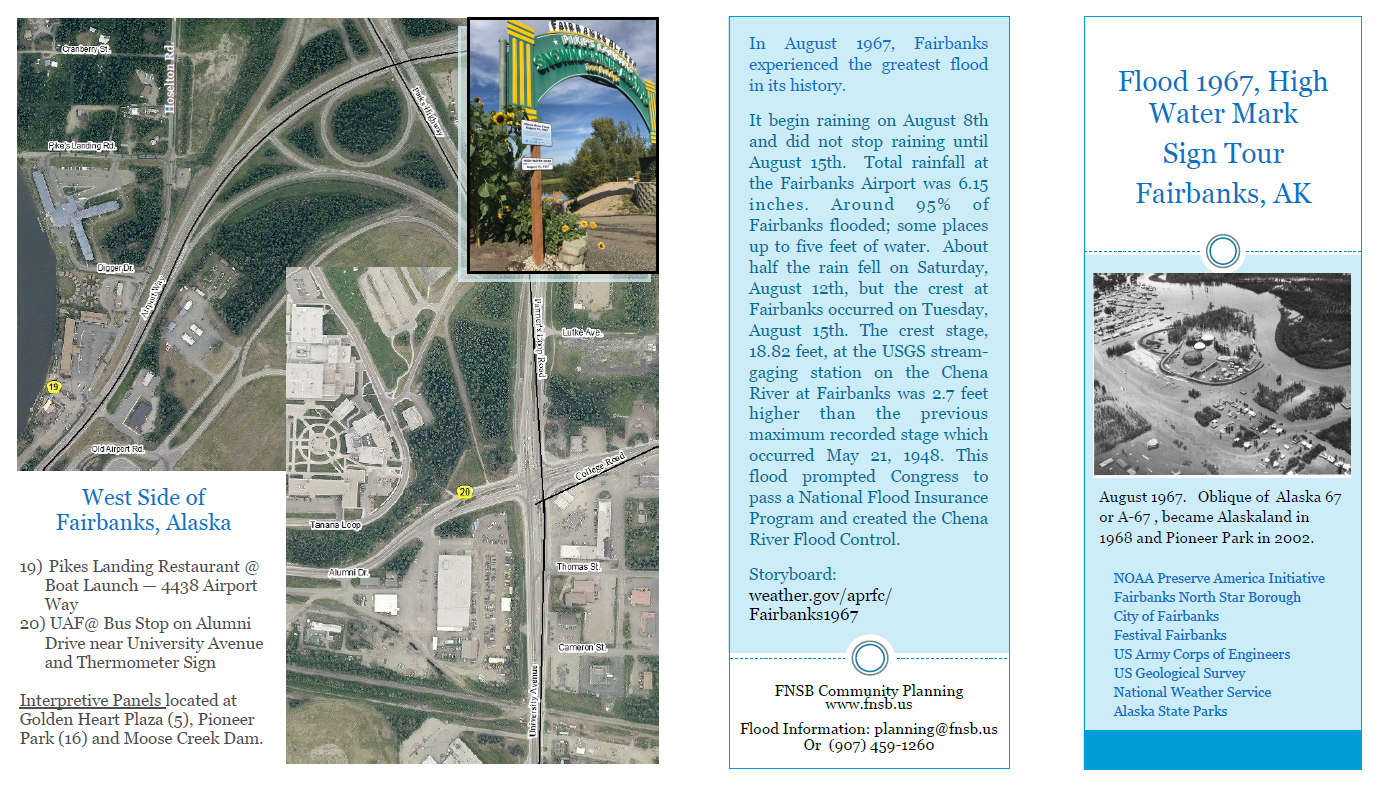 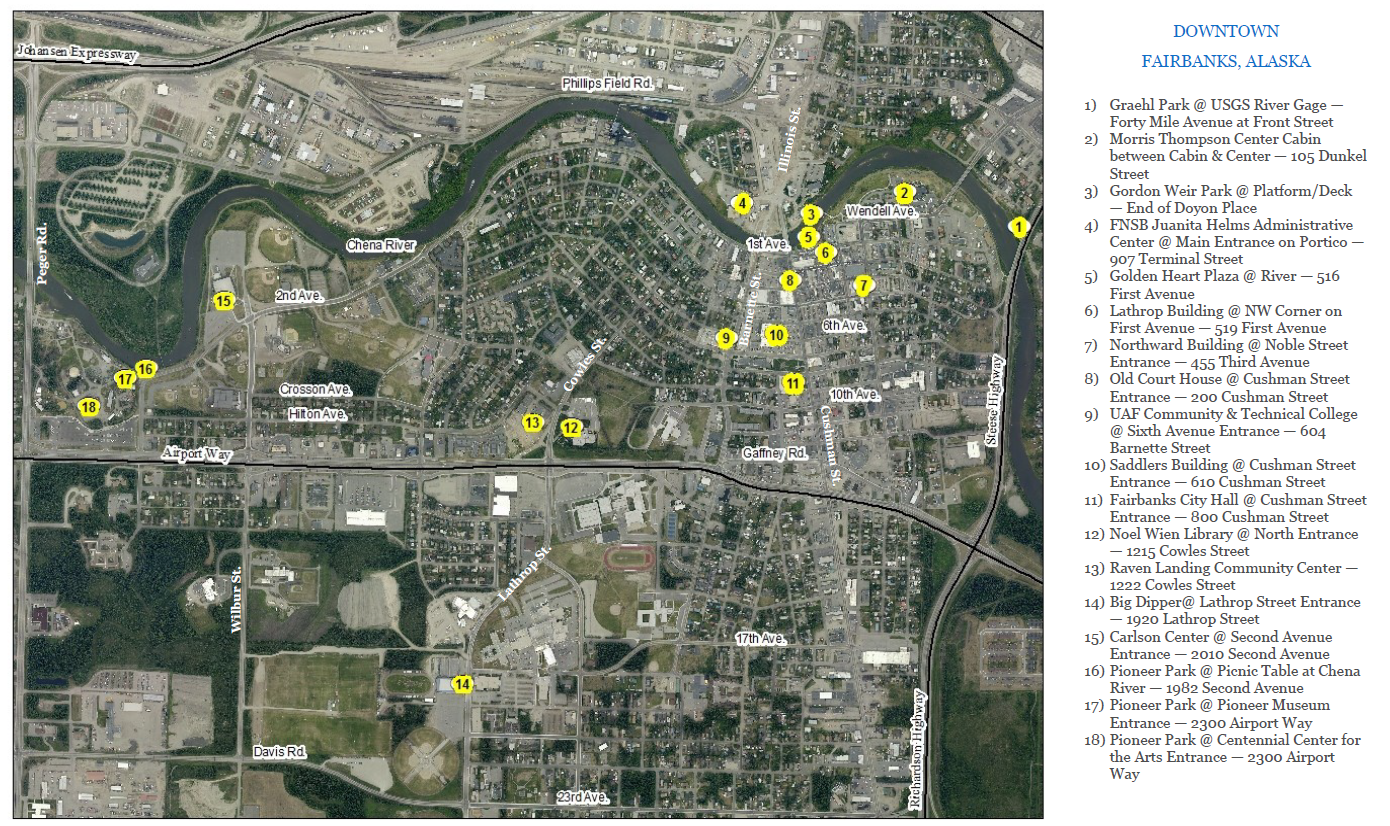 Funding for this project was provided, in part, through the NOAA Preserve America Initiative.