Large and Powerful Storm Transitioning From the Central U.S. into the East

A large and powerful low pressure system is forecast to shift from the central U.S. to the Northeast over the next few days. Isolated to scattered severe thunderstorms are expected from Florida to the Carolinas today with damaging winds and a few tornadoes. Heavy rain is likely from the Mid-Atlantic through New England Friday and Saturday, which may lead to urban and renewed river flooding. Read More >

Gridded Flash Flood Guidance (GFFG) provides a general indication of the amount of rainfall necessary to cause small streams to overflow their natural banks. During heavy rainfall, usage of this guidance must involve combination of rainfall that has already occurred plus any additional rainfall that is expected to fall over the same location, not to exceed the guidance duration (example: 1-hr or 3-hr). It should be noted that these GFFG values are based upon estimates of average soil moisture and stream flow conditions over 4km x 4km grids. GFFG values also assume that the rainfall event will be evenly distributed over the guidance duration. Flooding may occur with less rainfall than indicated in areas of very high rainfall intensities, impervious surfaces (urban areas), or steep slopes.

The 1, 3, and 6 Hourly Gridded Flash Flood Guidance is also viewable on NOAAs GIS Integrated Dissemination Program (IDP) web services. Metadata and additional information on the gridded flash flood guidance and other GIS Web Services can be found at the National Weather Service Data as OGC Web Services site .  Flash flood guidance on a national scale, can be found here. 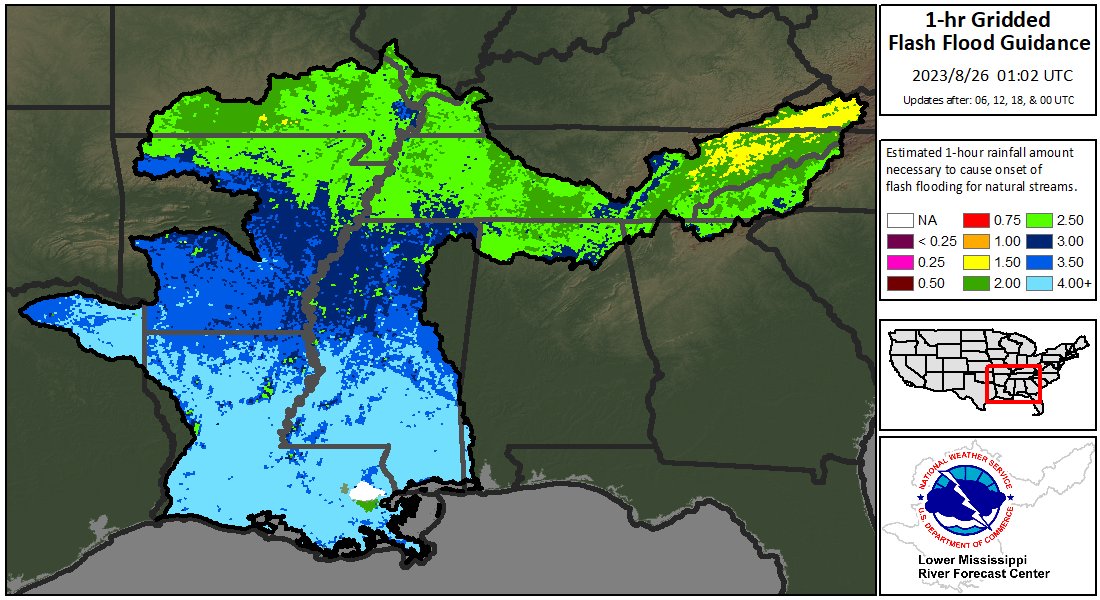 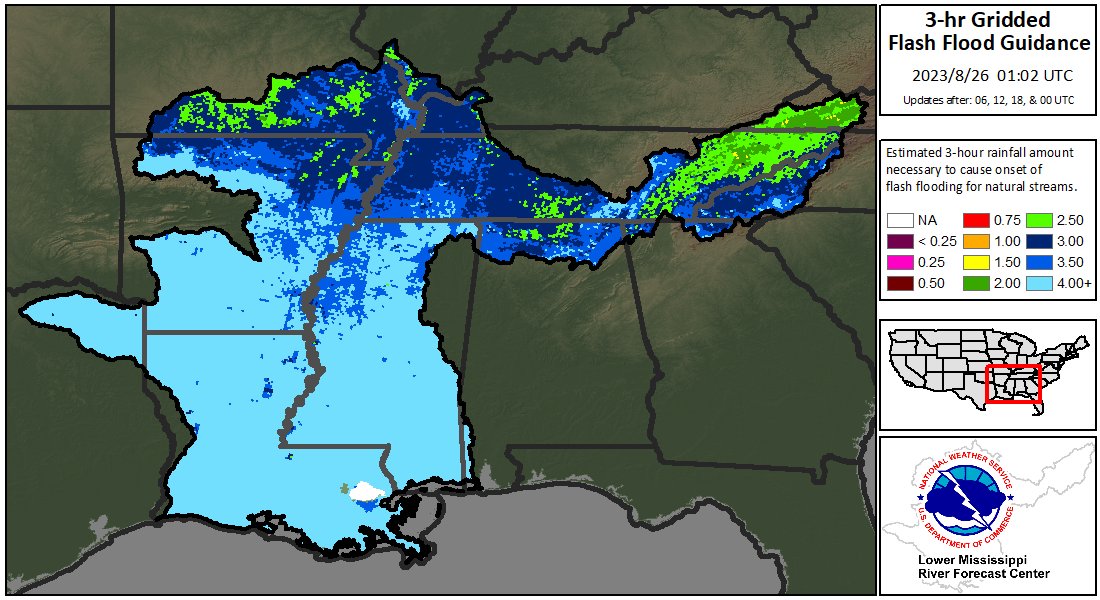